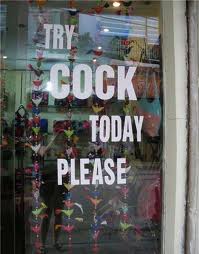 I recently came across this post on advertisements gone wrong in translation, which I found worrying – Just think about the consequences a translation gone wrong can have, not only meaning-wise, but also image-wise. Read the examples below to see the mistakes, if not only to have a laugh: