Native vs. foreign speakers of a language

Even as a native we make mistakes in our own language. Some words are just meant to give us a bit of trouble. In Danish and English for instance the words “lie/lay” – “ligge/lægge” are know to be common mistakes among even native speakers.

In Denmark it seems to be mainly one part of the country, namely West Jutland, that are having problems setting those two words apart. It seems to me that it has become such a big part of the daily language that it sounds natural to them, whereas it immediately starts an alarm bell in everybody else’s ears.

Another thing that has come to my attention is that if you ask a native about some grammar rules, they, unless they have actually studied languages, can’t explain why it is so! As a language student you need to study and learn a lot of rules in order to master the foreign language more or less fluently.

With exceptions of cause, some people have a flair for learning other languages and seem to, by living in a country for some time, to master it just as well.

But my point being, foreigners often know your native language grammar better than you – because they had to learn it in order to master or understand your language. Inevitably the foreigners are likely to make some mistakes, especially when it comes to idioms, but they will still be able to explain certain rules or reasons that you will not!

I came across this post about, whether a conceptual translation of e.g. the book “Sports” is thinkable. The post is in Danish, so for those of you, who don’t understand Danish, I’ll sum up the main points.

Mr. Vinum asks, what do you do, when the central of what is to be translated, isn’t printed in writing, but instead is the context that surrounds it? You can find this problems in the literature branch: conceptual literature, which pertains to articles or books, where the author gives his opinion/expertise/theories/ideas on, what is good or bad.

Vinum here refers to the american author Kenneth Goldsmith, who is known for his many books that all have in common that they are transcribed radio transmissions or copied text. Vinum especially thinks of the book “Sports” from 2006, which is one of the three books in Goldsmith’s radio trilogy. The other two being “The Weather” and “Traffic”.

Sports is a radio transmission of an entire baseball match between New York Yankees and Boston Red Sox. Sports is according to Vinum a captivating novel about baseball, american sport culture and its commercialization – in addition to the constant interrupting commercials, you also find a special american way of advertising, as the commentators merge the sponsors into their speech  All of which would be transferable in an ordinary translation.

But what isn’t transferable is the direct transcription of the immediate radio language to the books written permanent language, which inevitably is one of the books main points. The problem lies in, that the translator takes the text and removes it from its original context and hence dissolves the concept.

Vinum suggest that instead of translating the text, then the concept is to be translated, namely to maintain the point of the book. In my opinion, then it could be argued, whether the book was translated or not, or if the translator instead becomes an author, writing a whole new book copying Goldsmith’s style. As the translator would be taking a German, Danish or French (depending on language) sport event, transcribing the radio transmission and creating a book following Goldsmith’s style.

If the concept was to be translated to Danish, then Baseball would have to be replaced by football, as Baseball is more or less non existing  in Denmark (it might be played by some, but not a sport that unites as many as football does). This will cause an even larger step away from the original book – if it was to be translated conceptual!

Vinum has a good point though, a word, sentence or meaning translation isn’t always the sufficient to transfer the concept, which makes translating an interesting topic, which can always be debated.

Language scientists have found out that many languages are connected and bear similarities, why they have been divided into language families. There are more than 1000 languages in the world, but not all are spoken by more than a couple of thousands people and not all have a so-called written language. Because of the similarities the scientists have been able to relate the languages to each other and divide them into families. One of the families, which English, German, Danish, Italian, Albanian, Greek etc. belong to, is the Indo-European language family. As the name suggests, then the languages in the family are detected in both India and Europe.

The Indo-European language family is the most widespread and studied of the families. It’s believed to originate from north of the Black Sea and then around 3500-2500 BC to have spread as people migrated west to Europe, north to Scandinavia, east to India and south to the Mediterranean. The language then developed in different directions and transformed into the way we know them today.

The Indo-European family is divided into 12 branches, of which only 10 consist today.

Where has the Indo-European language spread to?

This world map shows the approximate distribution of Indo-European languages around the world. Within the red borders, the IE languages are the predominant or official languages. In addition to the nations within the red borders, most of the African nations have an Indo-European language (chiefly English or French) as a second official language. The map is only an approximation, but it gives you a good idea of where IE languages are spoken on the Earth. There are, of course other languages spoken within the IE area, such as American Indian languages, Basque, Hawaiian, the Australian aboriginal languages, and many others. Also note (hard to see on the map) that there is a red border around Hungary which excludes that nation. Hungarian is not an IE language, although it is completely surrounded by IE-speaking nations. The same applies to Finland and Estonia. (http://www.danshort.com/ie/ieworld.htm) 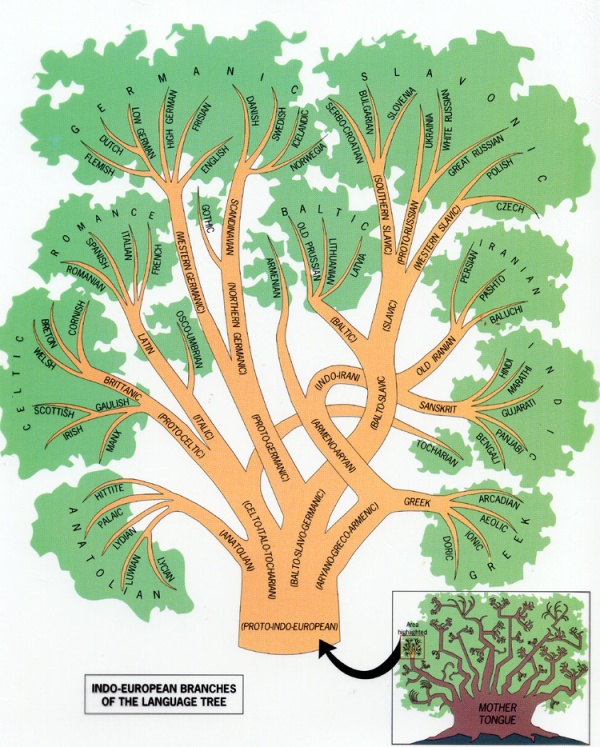 This was just one of the many language families, of which can be explored further. I just wanted to give you a foretaste of the topic, so feel free to explore the topic even further.